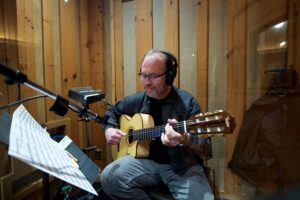 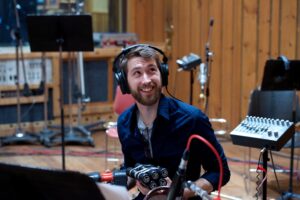 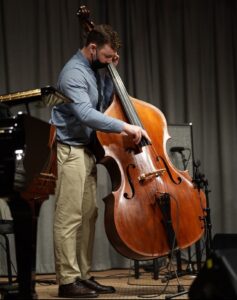 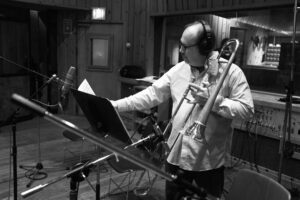 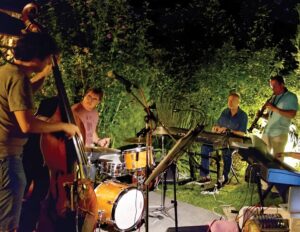 JazZenJourney, Italy is an immersion into the Tuscan landscape, an inspirational sojourn for body, mind, and soul … with quiet morning meditations, world-class jazz performances each evening, gourmet cuisine, day trips to hilltop villages, local artisans and vineyards, picnics in olive groves, frescoed chapels, and much more. 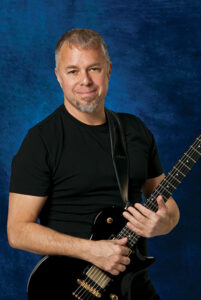 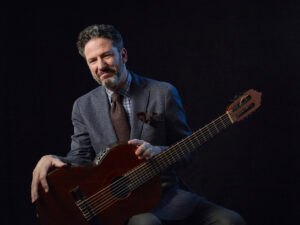 Marty Ashby with featured guests and MCG Jazz Pittsburgh Jazz Legends Dwayne Dolphin and Roger Humphries will be performing at Con Alma Ellsworth on Wednesday, September 21, from 6:30-8:30pm. Marty will be playing music from the Jazz at the Philharmonic series by Barney Kessell, Ray Brown and Shelley Mann as well as his favorite Brazilian Jazz songs. 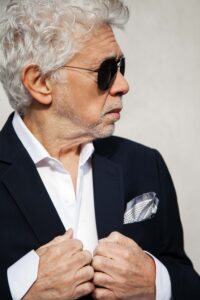 Monty Alexander is a perennial favorite at jazz festivals and venues worldwide, and at the Montreux Jazz Festival where he has performed and headlined concerts 23 times since 1976. His spirited conception is one informed by the timeless verities:  endless melody-making, effervescent grooves, sophisticated voicings, a romantic spirit, and a consistent predisposition, as Alexander accurately states, “to build up the heat and kick up a storm.” In the course of any given performance, Alexander applies those aesthetics to a repertoire spanning a broad range of jazz and Jamaican musical expressions—the American songbook and the blues, gospel and bebop, calypso and reggae—and gives the hardcore-jazz-obsessed much to dig into while also communicating the message to the more casual listener.

An Evening with Pierre Bensusan

After releasing ‘Azwan’, an album about our oneness and interconnectivity in the midst of a unifying global crisis, French-Algerian guitarist, vocalist and composer, Pierre Bensusan, returns to the USA & Canada for completing the second leg of his nationwide 2022 tour. 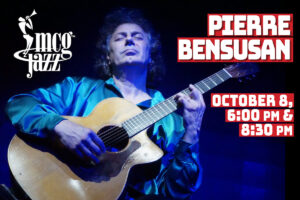 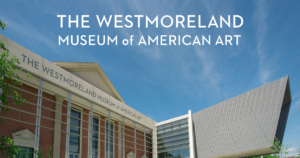 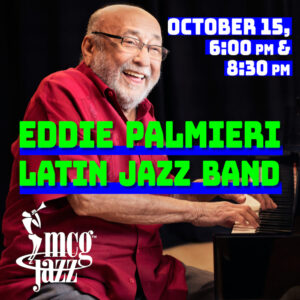 NEA Jazz Master and eight-time
GRAMMY Award-winner, Eddie Palmieri is known as one of the finest pianists of the past 60 years. Band leader, arranger and composer of salsa and Latin jazz he fuses the rhythm of his Puerto Rican heritage with the complexity of his jazz influences. Having celebrated his 85th birthday in 2021, Eddie is hitting the road with his band, bringing his unique repertoire and timeless style to
performing arts centers across the country. 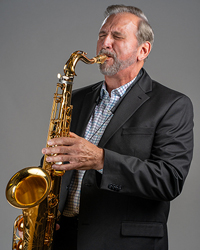 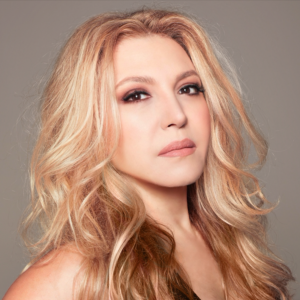 Hot off her 2022 GRAMMY win for Best Latin Jazz Album for “Mirror Mirror,” and Latin GRAMMY Nomination for Best Jazz Album, internationally acclaimed recording artist, pianist/singer/composer/arranger Eliane Elias’ distinctive musical style and artistry is one of the most celebrated and recognizable sounds in jazz and Brazilian music. She blends her Brazilian roots and alluring voice with her virtuoso instrumental jazz, her classical and compositional skills, while she consistently displays her piano mastery and ability to integrate the many artistic roles she takes on. With 31 albums and over 2.4 million albums sold to date, Eliane Elias has a strong presence on Spotify with over 600,000 monthly listeners and over 26 million Spotify listens of her song “Little Paradise.” She has toured 74 countries, is a four-time Gold Disc Award recipient, a three-time Best Vocal Album winner in Japan and winner of the 2018 Edison Lifetime Achievement Award in Holland, to name a few accolades. Her 2019 and 2021 albums (Love Stories and Mirror Mirror) were both voted “Downbeat’s Best Album of the Year – Masterpiece” and as most of her previous releases, her recordings hit #1 on the jazz charts worldwide. To date Eliane has won two GRAMMY Awards, one Latin GRAMMY and has been nominated 10 times in 5 different categories. On her new album, Quietude released Oct. 14, 2022 she transports us into another world with a lusciously relaxing journey into the Brazilian bossa nova. Eliane’s live performances showcase her piano, vocals, arranging and compositional skills, together with her charismatic personality, bringing a wide spectrum of musical experiences and unique presentations to the audience. Melding her immense talents in jazz, Brazilian, classical, and pop music, Eliane Elias is as Jazziz magazine has called her, “A citizen of the world” and “an artist beyond category.”

“Elias’ intoxicating vocals emote the ambient calm of a forest after a soft rain; her vibrancy is a force unto itself. With powerful artistry, her naturally prodigious talent is even stronger as the years pass—a feat capable only by the true elites of the musical world.” ***** – DownBeat

The Brazilian pianist and singer Eliane Elias commands the keyboard with a forceful two-handed muscularity that belies her image as a blond older sister of the mythical “Girl from Ipanema.” The more percussive her piano becomes, the more she opens up a song and reimagines it in what might be called a romantic carnival groove…a celebration of the vitality of a culture overflowing with life and natural beauty.”
– The New York Times 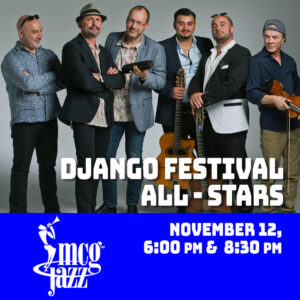 The Django Festival All-Stars bring the music of the legendary gypsy jazz
guitarist, Django Reinhardt, fully into the twenty-first century. Their unique, high-energy performances pay tribute to Reinhardt, who is considered one of the greatest guitar players of all time. Reinhardt’s driving, swinging style became known as “hot jazz,” and it continues to grow in popularity throughout the world. The All-Stars honor his tradition while adding their own interpretations,
arrangements, and original compositions with stunning virtuosity. 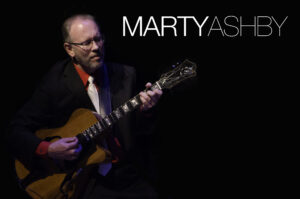 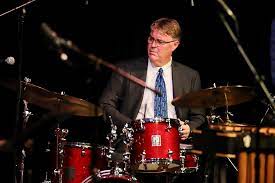 Marty Ashby will be joined by the Executive Director of Smithsonian Jazz, drummer Ken Kimery, for a special presentation of music from the jazz archives at the National Museum of American History. 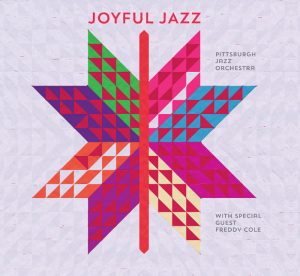 Special guests for the Holiday show this year are Sean Jones and Kim Nazarian, from New York Voices.