Music
Analogy of the Sun 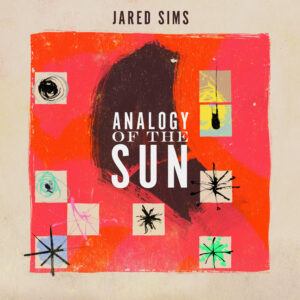 Jared Sims
Analogy of the Sun

For this powerful collaboration with Rufus Reid and Matt Wilson, Jared Sims drew inspiration from “The Analogy of the Sun,” the sixth book of Plato’s Republic, in which Plato defines goodness in the world. Defining goodness in the world is the underlying theme of Sims’ music and his original compositions on Analogy of the Sun serve to express that which cannot be easily expressed by words. Sims remarks, “Right now we live in a society that is divided by unanswered questions and this ancient philosophy could be the key to understanding and resolving our current conflicts.”

Director of Jazz Studies at West Virginia University, Jared Sims, performs on all saxophones as well as clarinet and flute and has toured throughout the United States and in Europe, South America, and Asia. Sims has contributed articles to international jazz publications—including How to Make a Good Band Better in the January/February 2020 edition of JazzEd magazine. He also wrote a featured article in the August 2017 DownBeat magazine entitled Closing the Book, Opening the Ears and Jared Sims on Hammond B3 Classics in the March 2018 issue of JazzTimes.