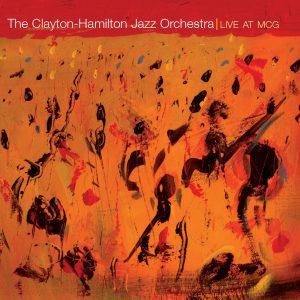 Recorded during the final performances of MCG Jazz’ 17th annual subscription series in May 2004. The release of Live at MCG in July 2005 kicked off The Clayton-Hamilton Jazz Orchestra’s 20th anniversary year. The band will tour the United States, Europe and Japan throughout the coming year.

Live at MCG features new compositions in tribute to Horace Silver and Tommy LiPuma and new arrangements of classic songs for big band by one of the Orchestra’s leaders, John Clayton. This CD highlights all aspects of the big band sound. From the swing of “Georgia” to the hard driving “Jody Grind” to the lyrical “Mood Indigo” to the haunting “Nature Boy (which features John Clayton’s bowing technique) shows just how versatile a contemporary big band can be.