Music
What You’re Looking For 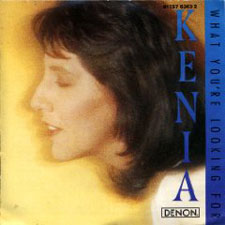 Vocalist extraordinaire Kenia explores her roots in Brazilian jazz in What You’re Looking For in 1989. The title song, “What You’re Looking For,” occupied top 12 spots on the Billboard charts for several weeks. Kenia also shines in the song “Over the Rainbow,” invoking an acute emotional response with her soulful tones. The entire album is characterized by a “be-bop/samba” beat, and features various musical greats, such as Larry Carlton, Alex Acuna, Perri Sisters and Luis Conti.